Health care provider apologies in the face of adverse patient outcomes can have profound effects in the defense of subsequent patient litigation. In the past several years, coalitions promoting apologies in health care have cropped up in the face of tort reform advocating the use of apologies in unfortunate, undesired patient outcomes. Indiana has also enacted legislation to promote communications of sympathy, inclusive of an apology, in actions sounding in tort, inclusive of medical malpractice actions. See I.C. 34-43.5-1 et seq., Evidence: Specific Communications.

The question remains, however, as to how effective health care provider apologies are in curtailing patient litigation and/or reducing the size and duration of time of any settlement monies paid in medical malpractice actions. The question was examined with findings published in October of 2010. See, “Does Sorry Work? The Impact of Apology Laws on Medical Malpractice,” Benjamin Ho, Cornell University, Elaine Liu, University of Houston.

For any health care provider utilizing an apology-based protocol following an undesired, unintended patient outcome, pitfalls are readily apparent in defending a lawsuit for negligent care initiated by the patient or patient’s family when an apology is extended. While the intentions of the health care provider may be good at the time any apology is offered, the apology’s admission into evidence at a subsequent jury trial presents pre-trial issues to consider.

Too often, an aggrieved patient and/or a member of the patient’s family, even counsel for the patient, may attempt to equate the apology and any corresponding communication of sympathy as a type of admission of some evidence of wrongdoing and/or a statement of fault. A savvy counsel for the patient may advance argument at trial that if the health care provider truly did nothing wrong and believes that they met the applicable standard of care, then why was an apology offered by the defendant in the particular case. While the answer may very well be because the health care provider is sincerely sorry for the outcome experienced by the patient, and no admission of fault was contained in the apology, there is no guarantee that a juror sitting in judgment of the health care provider will agree with the statement’s intent in the event it is deemed admissible at trial. Failing to exclude a benign apology from evidence at trial may lead to jurors misinterpreting a health care provider’s apology or expression of sympathy following an adverse patient outcome as an indication of fault, especially if the argument is advanced by counsel for the patient in any persuasive closing argument offered.

Why is the doctor/nurse apologizing? Did they do something wrong? Are they feeling guilty? Are they trying to cover something up? What do they know that they are not telling me? When did they know this information? Do they think that an apology will stop me from calling my lawyer? I wonder what my lawyer will think of the apology? If they are really sorry, why aren’t they offering money along with the apology? The doctor apologized, why didn’t the nurses or someone from the hospital? The nurses are nice and apologized, but why didn’t the doctor(s) apologize? Why is everyone acting different now?

As illustrated by some of the possible foregoing patient reactions following an apology by a health care provider, while the provider may believe that they are doing the right thing in offering the apology, they can, in actuality, be making matters worse, especially if the health care provider is unaware of how what is being said to the patient and/or patient’s family may later be used against them and can become a detriment to the defense of a subsequently filed action.

I.C. 34-43.5-1-4 renders inadmissible the communication of sympathy relating to causing or contributing to cause an injury, pain, suffering or death only to the extent that any communication of sympathy is free from a statement of fault and is not otherwise admissible under the Indiana Rules of Evidence. Defense counsel for the health care provider should be aware of the statute’s carved-out exceptions pertaining to communications of sympathy containing any statement of fault and the interplay with the Indiana Rules of Evidence.

Indiana Rule of Evidence 801(d)(2) would render the health care provider’s statement of fault contained in the communication of sympathy as admissible into evidence. The rule provides that statements of party opponents are not hearsay statements. To be admissible as a statement of a party opponent, the statement must be offered against a party and be the party’s own statement, in either an individual or representative capacity. See Indiana Rule of Evidence 801(d)(2). A physician on trial for alleged medical malpractice who admitted fault, even inadvertently, in a communication of sympathy to the patient or patient’s family would find such statements made after the alleged act of malpractice used against him at trial. This holds true regardless of how well intentioned the communication may have been at the time it was made.

Also, under Indiana Rule of Evidence 801(d)(2)(D), a hospital’s defense counsel may be plagued at trial with a statement of fault contained in communications of sympathy offered by nursing personnel. Under this provision of the rule, a statement by the party’s agent or servant concerning a matter within the scope of the agency or employment made during the existence of the relationship can be admissible at future trial and deemed non-hearsay. Defense counsel should also ponder liminizing medical records containing communications of sympathy.

Even if the party opponent does not recall making any statement of fault contained within the communication of sympathy, a dispute as to what was said, when it was said and by whom may be enough for the court to allow into evidence an alleged statement of fault contained in a health care provider’s communications of sympathy. Remember, the admissibility of evidence is left to the discretion of the trial court. The trial court has broad discretion in ruling on the admissibility of evidence and determining its relevance. Stamper v. Hyundai, 699 N.E.2d 678, (Ind. Ct. App. 1998).

Even if the health care provider that made a statement of fault within the communication of sympathy is not a party opponent, the Indiana Rules of Evidence can still allow for its admission into evidence. In medical malpractice cases, this can occur in patient litigation against a physician when the declarant is not a party, such as a nurse or other hospital employee or when the declarant is a physician in an action pending against the nurse and/or hospital.

Indiana Evidence Rule 803 provides that the following are not excluded by the hearsay rule, even though the declarant is available as a witness:

(1) Present Sense Impression. A statement describing or explaining a material event, condition or transaction, made while the declarant was perceiving the event, condition or transaction, or immediately thereafter.
(2) Excited Utterance. A statement relating to a startling event or condition made while the declarant was under the stress of excitement cause by the event or condition.

Also consider the application of Indiana Rule of Evidence 803(4) Statements for Purposes of Medical Diagnosis or Treatment and its implication to health care provider apologies containing statements of fault. See also Coffey v. Coffey, 649 N.E.2d 1074, 1078 (Ind. Ct. App. 1995)(holding that a statement made by someone other than the patient may be admissible under Rule 803(4) if it was made for the purpose of medical diagnosis or treatment of the patient). 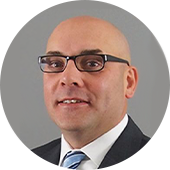